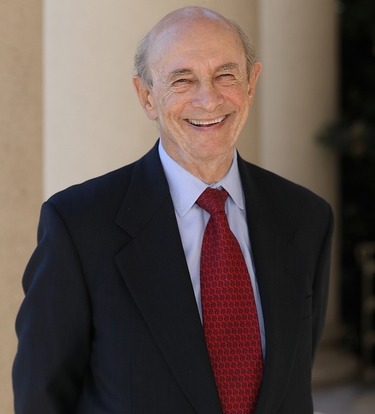 Dr. Alter is a Senior Scholar in Clinical Center's Department of Transfusion Medicine of the National Institutes of Health (NIH). He earned his medical degree at the University of Rochester Medical School and trained in internal medicine at Strong Memorial Hospital and at the University Hospitals of Seattle. He has worked at the NIH since 1969, where he precisely defined the transmissible nature of blood transfusion hepatitis likely caused by a virus that became known as “non-A, non-B” hepatitis virus. In 2000, Dr. Alter was awarded the prestigious Albert Lasker Clinical Medical Research Award. In 2002, he became the first Clinical Center scientist elected to the National Academy of Sciences (NAS), and in that same year, he was elected to the Institute of Medicine. Only a small number of scientists nationally are elected to both of these scientific societies. Dr. Alter won the 2020 Nobel Prize in Physiology or Medicine for his contributions to the discovery of the Hepatitis C Virus and shares the award with Michael Houghton, Ph.D., University of Alberta, Canada, and Charles M. Rice, Ph.D., Rockefeller University, New York City.

A Conversation with the Newest Nobel Laureates with the 2020 recipients of the Nobel Prize in Physiology or Medicine, Drs. Harvey J. Alter, Michael Houghton, and Charles M. Rice

This highly anticipated panel discussion provides attendees an exclusive opportunity to hear firsthand from three outstanding leaders in the field. Drs. Harvey J. Alter, Michael Houghton, and Charles M. Rice, the 2020 recipients of the Nobel Prize in Physiology or Medicine, will join TLMdX LIVE for a question and answer session.