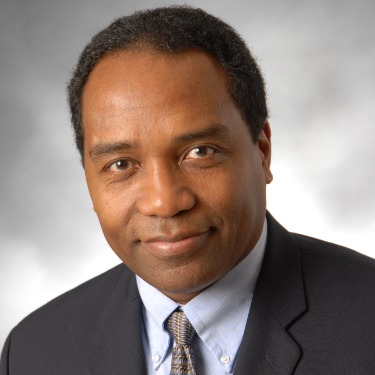 Dr. Griffin Rodgers was named Director of the National Institute of Diabetes and Digestive and Kidney Diseases (NIDDK)--one of the National Institutes of Health (NIH)--on April 1, 2007. He had served as NIDDK’s Acting Director since March 2006 and had been the Institute’s Deputy Director since January 2001. As the Director of NIDDK, Dr. Rodgers provides scientific leadership and manages a staff of over 600 employees and a budget of ~$2.3 billion. Dr. Rodgers received his undergraduate, graduate, and medical degrees from Brown University in Providence, R.I. He performed his residency and chief residency in internal medicine at Barnes Hospital and the John Cochran VA, respectively, at Washington University in St. Louis, MO. His fellowship training in hematology was in a joint program of the NIH with George Washington University. In addition to his medical and research training, he earned an MBA, with a focus on the business of medicine/science, from Johns Hopkins University in 2005, and a Masters in Legal Studies in 2017. As a research investigator, Dr. Rodgers is widely recognized for his contributions to the development of the first effective — and FDA approved — therapy for sickle cell anemia. In addition, he and his collaborators have reported on a modified blood stem-cell transplant regimen that is highly effective in reversing sickle cell disease in adults and is associated with relatively low toxicity. He has been honored for his research with numerous awards including the 1998 Richard and Hinda Rosenthal Foundation Award, the 2000 Arthur S. Flemming Award, the Legacy of Leadership Award in 2002, a Mastership from the American College of Physicians in 2005, the Herbert C. Nickens Award 2018 and a Fellowship in the Royal College of Physicians (London) in 2018, among others. Dr. Rodgers is a member of the American Society of Hematology, the American Society of Clinical Investigation, the Association of American Physicians, the American Academy of Arts and Sciences, the American Association for the Advancement of Science, and the National Academy of Medicine, among others.

Presidential Welcome Message and President’s Choice Lecture with Dr. Griffin Rodgers, Director of the National Institute of Diabetes and Digestive and Kidney Diseases